Nobody will care in the future…

“Is it a Heinkel or a Trojan”, my friend anxiously asked while walking around a graveyard filled with old cars. I hesitantly admitted my ignorance about the origins of this rotten three-wheeler; it seemed that such a question sounded almost irrelevant during this very moment as the only important thing in my mind was to admire how mother nature swept over this car’s miniature body, reducing it to an ancient art relic instead of a motor vehicle. 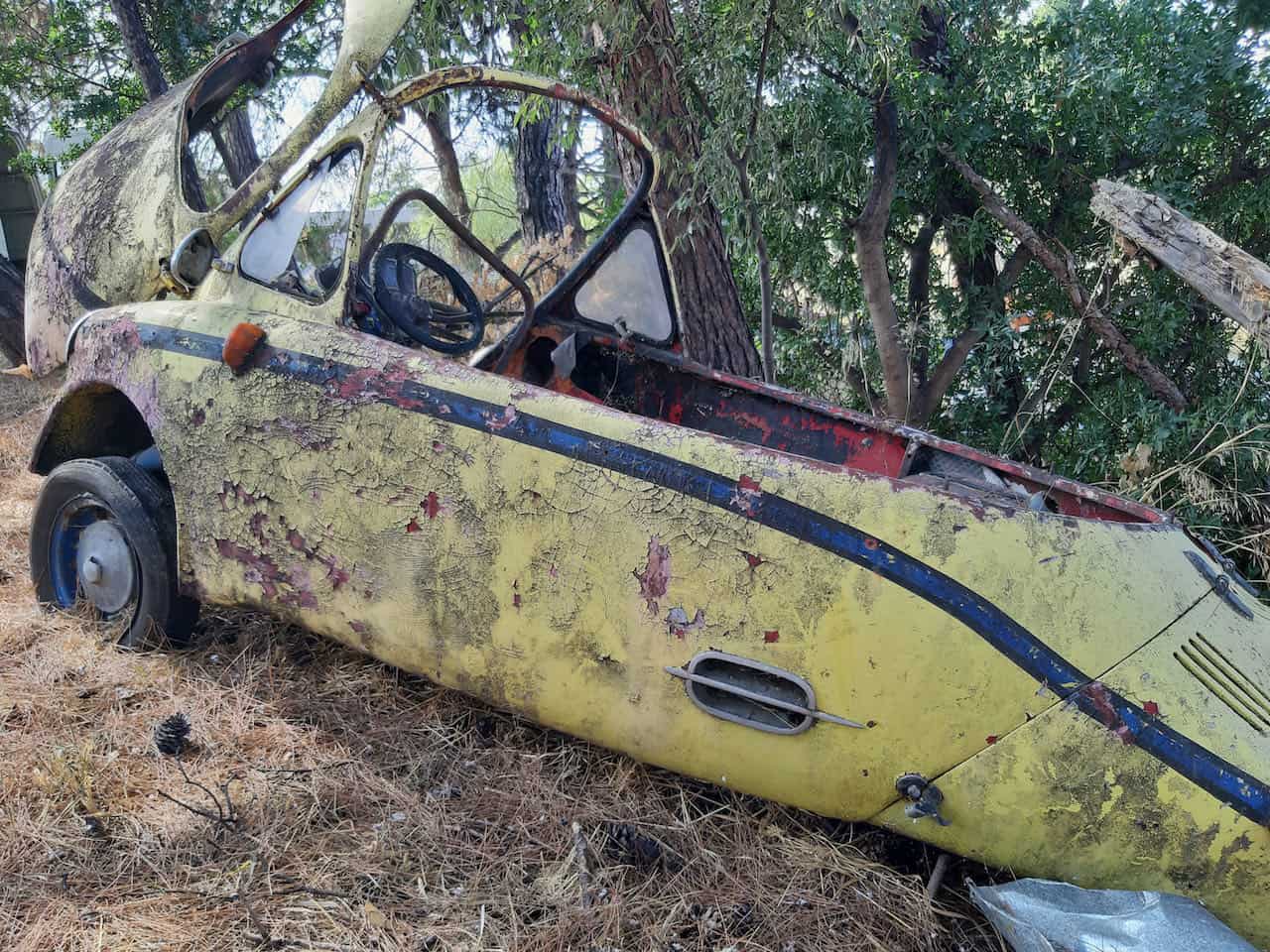 The natural forces of rain, wind and rust have long attacked this bubble car’s body and paintwork, creating colourful cracks with strong and unusual design patterns that any artist would immediately envy. I felt that this is not a car any more but a pilgrim of a weird, distant, and awkward technology that has been abandoned many decades ago. Who would dare to create today a tiny car with a smoking and noisy motor at the back, limited cabin space, primitive road manners, and a huge and dangerous full-face door at the front?

Well, I became very sceptical that day as I felt that this car was actually mourning the loss of its owner, a dedicated car collector that everybody knew and loved in town, who quietly passed away leaving behind the grief of his death and an extensive classic car collection. That story very much impacted me as I started thinking about the fatal end of my own small collection of classic vehicles which will eventually become orphans sometime in the future. “Is there life after death?” I reckoned, what will become of this Heinkel or Trojan now, what will be the fate of my Datsun, my old BMW and Alfa Romeos after I leave this vain world? 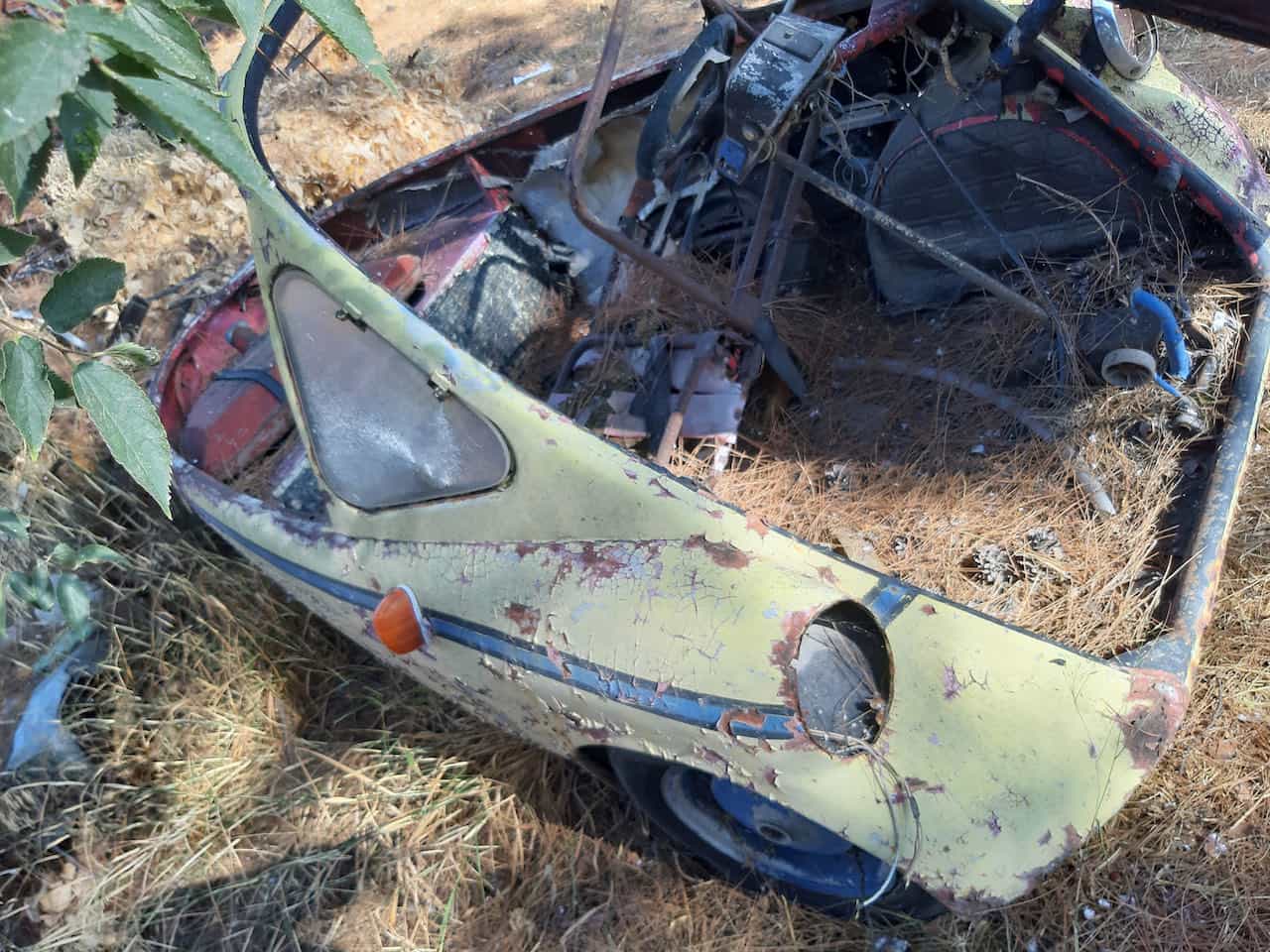 As a matter of fact, I must confess that this was not only a philosophical question swirling around my mind that day. It was another burst of persisting questions that occupy my thoughts about the auto industry’s future. I can feel that my anxiety is being shared with many other car enthusiasts while we exchange our thoughts about the general public’s perception of classic vehicles and the imminent death of conventional motoring technologies.

As the industry is distancing itself from the carbon era of conventional cars and internal combustion engines -and while the psychological meaning of motoring will become less important when autonomous vehicles will replace the joy and art of real driving- I fear that apathy will very soon be combined with a strange emotional void in buyers’ minds. The cars of the future will become the motoring equivalent of refrigerators, drivers will be transformed into mere passengers or users of another fully automated and dull mode of road transport -they will be able to even take a nap on their way to the supermarket just like an airplane passenger can relax during a flight.

In that not so distant era, nobody would be interested about vintage cars and bikes, no one would be in a position to distinguish a Heinkel from a Trojan, just because there will be too few people able to name, buy or restore classic vehicles.

Just like as Arthur Miller’s classic play “Death of a Salesman”, the death of the motor vehicle as we now know it will create many opportunities and a large number of emotional or business disasters. Car dealers will get vanished on the one hand as electromobility will reduce service requirements while -on the other hand- autonomous driving will minimize car accidents and the need for vehicle repairs.

Keep in mind that manufacturers have already demonstrated their voracious appetite to get rid of all intermediaries and conquer the market themselves with only minimum effort from the part of their desperate car dealers. It is expected that the vast majority of auto makers will follow in the footsteps of Tesla Motors, a company which maintains its own selling points and develops a proprietary network of car charging stations all over the world.

In short, just say goodbye to the good old world of self-maintaining or even self-driving the cars of your choice. Be brave enough to give a cold welcome to the wave of identical and anonymous battery-operated cars that will supposedly produce zero emissions and most certainly give zero pleasure while using them -just like the utilitarian and monotonous feeling you earn when opening and closing the door of your refrigerator… 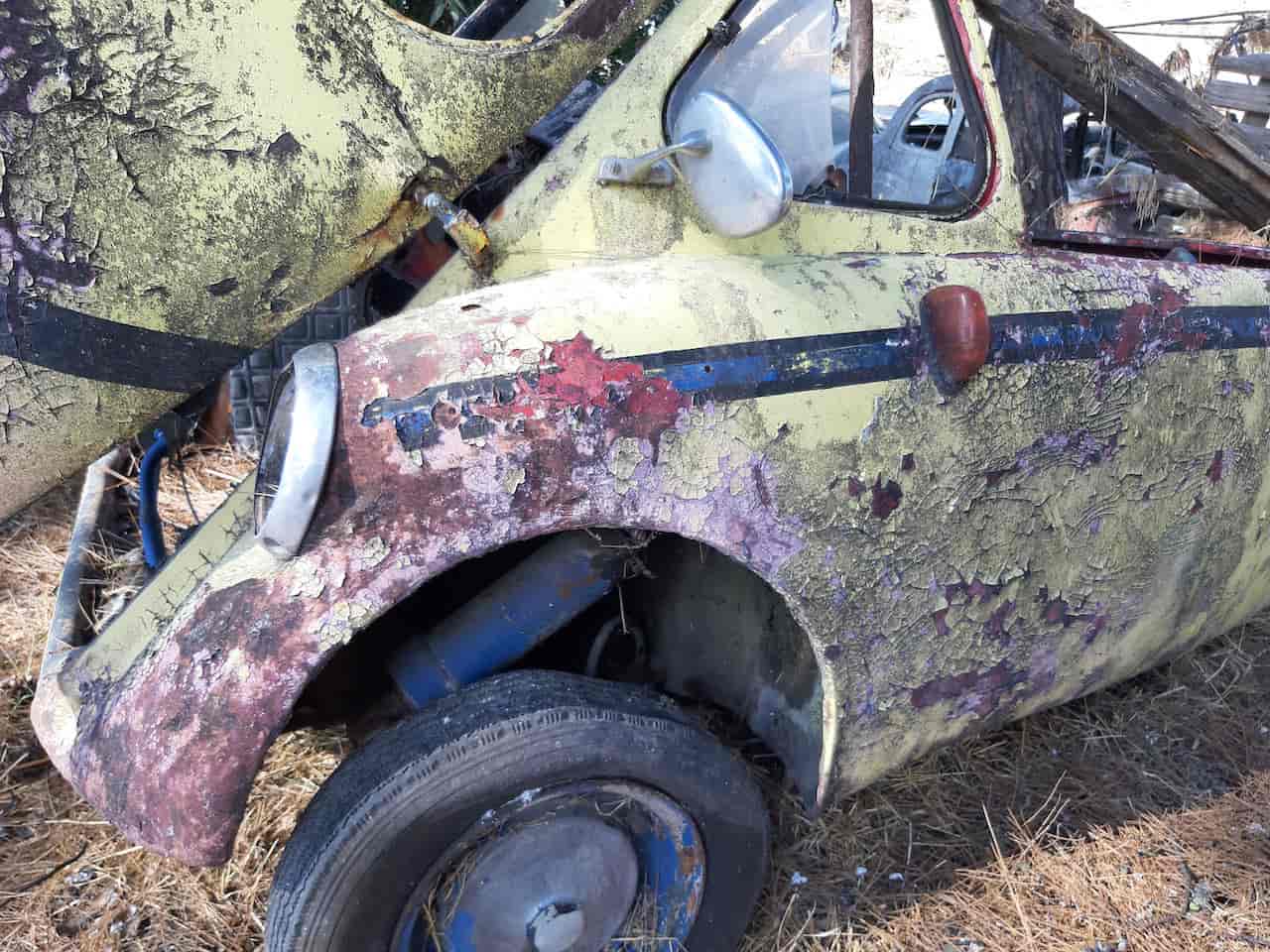 ✓ In memory of George and his era… 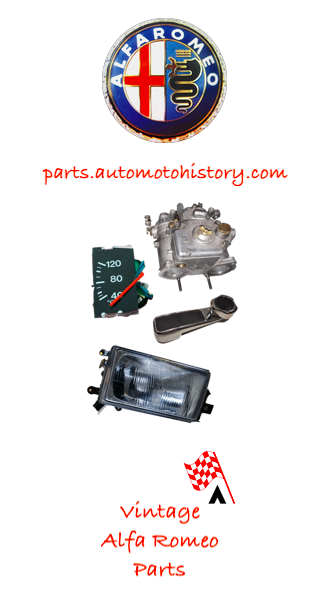